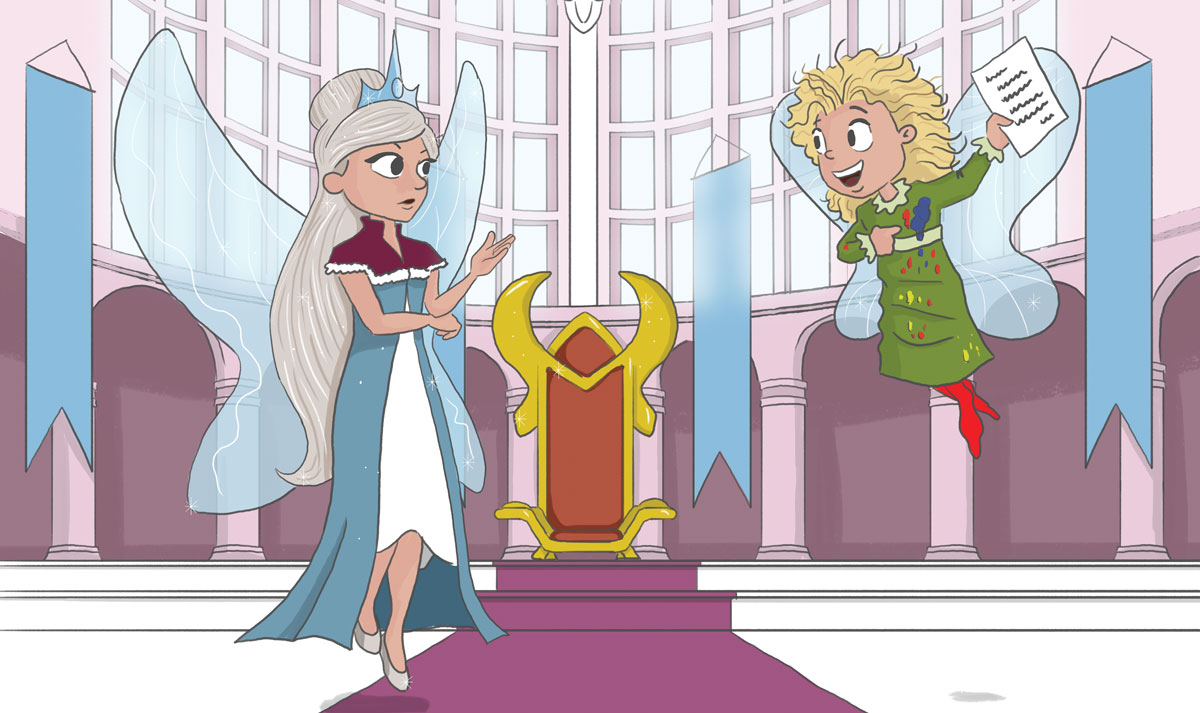 When anyone fixes up a new Fairy Door and sprinkles fairy dust on the key, a little bell rings in Fairyland and that is just what happened when Santa and Mrs Claus set up their Fairy Door in Santa’s workshop.

If you could open a Fairy Door this is what you would see:

Behind the Fairy Door is a dear little house, all furnished for a fairy. It has a bed, a table and chairs, a sofa and every lovely thing you could imagine to make the little house comfortable for a fairy to live in. The fairy can even invite its fairy friends to visit and have a cup of tea! On the other side of each house is another door which opens into the Great Hall in Fairyland under the Fairy Queen’s Castle, where there are thousands of Fairy Doors, each with a picture of the door’s owner on it. The fairies take it in turn to watch out for new Fairy Doors appearing and they pick up any letters and keys and take them to the Fairy Queen who chooses which fairy should go to live through the Fairy Door.

The Fairy Queen read the letter from Mrs Claus.

“Oh dear!” she cried. “She does sound busy! How can we help her? Nearly all my fairies are hard at work making the special red fairy dust to help with the magic of Christmas and then they have to prepare our Fairy Christmas Feast. Now who can I spare to help Mrs Claus?”

Suddenly Miranda the Mischievous Fairy darted into the room, closely followed by Tommy and Timmy, twin fairies in matching green and silver suits with their names embroidered on their chests. They were all covered in splodges of paint!

“Stop, Miranda!” shouted the twins. “Give us back our paint boxes! We have to finish painting the butterflies!”

“Miranda!” said the Fairy Queen, looking sternly at the cheeky little fairy. “What have you been doing?”

“Oh jellywobbles! It was only a game,” Miranda giggled. “I thought Tommy and Timmy might like to be painted too so I borrowed their paint boxes for a minute!”

“Whatever are we going to do with you, Miranda?” asked the Fairy Queen. “I wish I could send you to help Mrs Claus but you are just too full of mischief!”

“I can be good! Just give me a chance,” pleaded Miranda. “What help does Mrs Claus want?”

The Fairy Queen showed Miranda the letter from Mrs Claus.

Miranda read it but she only saw what she wanted to see!

She didn’t see the part about cleaning and tidying. This is what Miranda saw:

I would be very happy if you could come and

me here at the North Pole. I have so much cleaning and tidying to do as it is nearly Christmas and Santa Claus has made such a mess in his workshop. Also the elves who help him at Christmas are always asking for

and I don’t have time for baking.

“Please, PLEASE, PLEASE let me go!” begged Miranda. “I promise to be helpful. I can make delicious fairy cakes!”

The Fairy Queen wasn’t sure but she couldn’t spare any of her other fairies.

“Well, you must be on your best behaviour,” she said. “This is an extremely important task. Santa and Mrs Claus are very busy at Christmas and they want help not hindrance!”

“Yes! I understand,” said Miranda, putting on a serious face. “You won’t believe how good I can be!” 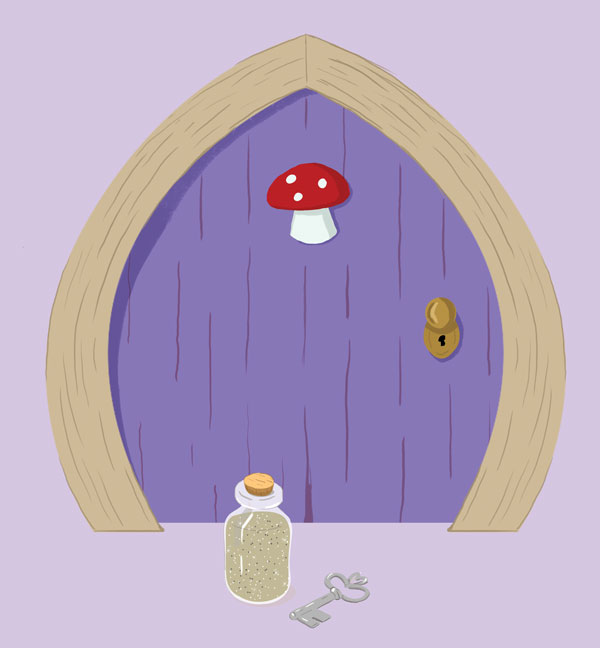 “Off you go, then,” said the Fairy Queen, handing Miranda the key to her very own Fairy Door.

“Can I also trust you to deliver this bag of red fairy dust to Santa?” added the Fairy Queen. “Without it Santa Claus cannot become small enough to get down chimneys when he is delivering toys, or get into houses which don’t have chimneys.”

“Oh yes!” cried Miranda excitedly. “I will be such a good fairy that you will be really proud of me!”

“I hope so,” said the Fairy Queen. “And mind you clean that paint off yourself before you go. You are as spotty as a ladybird!”