Leila began to wave her little magic wand wildly backwards and forwards over the hole that Miranda’s bicycle had made but the dust just kept pouring out. There was now a thick, glittering cloud blowing towards the town.

“It’s no use!” sobbed Leila. “My magic isn’t strong enough! When I do magic I only use a tiny sprinkling of fairy dust; I can’t control this massive cloud! If only the Fairy Queen hadn’t gone away she could have solved the problem. Her magic is the strongest in Fairyland.”

Three little fairies wearing yellow and black sports kit put their hands up. Rowena was amazed to see that they each wore golden trainers with tiny fluttering wings on the heels. “We’ll help!” they chorused. “We are Binkie, Babs and Bonnie. We are the fastest flyers in Fairyland. Shall we fly after the Fairy Queen and ask her to come back straight away?”

“Oh please do!” agreed Rowena and the trio whizzed off like a swarm of busy bees.

“Please don’t cry, Leila” said Rowena, turning to her friend. “We must keep calm and put on our thinking caps.”

Rowena thought really, really hard for a minute, her hands in her pockets and a frown of deep concentration wrinkling her forehead.

Suddenly she grinned at Leila. “I have an idea that just might work” she said. “There is some building work going on at my school. The builders are making a new window in our classroom so they have had to knock a hole in the wall. They have put a tarpaulin over the hole until they have finished fitting the new door.”

“What’s a tar puddle?” asked Leila, wiping her tears away with the corner of her skirt. “I don’t think we have any of those in Fairyland.”

Leila looked as though she was about to start crying again. “What could we use as a tar pickle?” she sniffed. “I’ve never seen one here!”

“A tarpaulin, you funny fairy!” giggled Rowena. “I will put on my thinking cap again.”

Once again she stuffed her hands deep into her pockets and the frown of concentration reappeared on her forehead. Leila fluttered round her anxiously as the fairy dust continued to billow out of the hole.

“I’ve got it!” exclaimed Rowena. “Let’s use the golden flag from the top of the tower. It is just the right size.”

Twin fairies in matching green and silver suits who had been watching the catastrophe rushed forward. “We will help!” they chorused. “Let us get the flag for you. It will take two of us to carry it.”

“I’m Tommy!” he replied. “Can’t you see we have our names on the front of our tee shirts?”

Leila looked closely at the twins.

The first one had ‘T * M M Y’ written across his chest. The second one also had ‘T * M M Y’, exactly the same. Where there should have been ‘O’ or ‘I’ there was a big splodge of blackberry juice!

The twin fairies shot up into the air and soon returned carrying the golden flag, which they draped over the hole. The other fairies brought ropes to tie the flag in place and put heavy stones on the corners to hold it down.

At last the dust cloud had stopped and the fairies gave a huge cheer of relief.

Rowena blushed till her ears were pink as the fairies crowded round to congratulate her.

“Rowena has saved the day!” they shouted. “Three cheers for Rowena!” 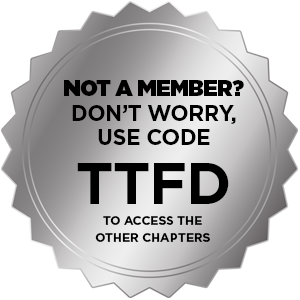